Nowadays, the idea that men need to make the first move is becoming outdated, and more and more women are taking the plunge and being the ones to ask the guys out.

While this comes naturally to some, it fills others with dread (and sweats!).

Although it may make you nervous, it doesn’t mean you shouldn’t make the first move if you’d like to hang out with a guy. Besides, many guys will admire this kind of confidence.

This article is going to give you some tips on how you can ask a guy to hang out.

A lot of the time it is the fear of rejection that stops us from doing something. In this case, you may be feeling nervous about asking a guy out in case he rejects you.

However, you can minimize that risk by gauging whether he’s also into you. If you’ve noticed a guy from afar, then keep looking at him until he notices you.

Hold eye contact before looking away, and play around a little to see whether he responds.

He may even come over to you, making the whole process of asking him out a lot easier!

If you’re in a group situation, and you’ve got your eye on one of the guys, then direct questions at him, and involve him in the conversation. Eye contact will work really well here as he is already in close proximity to you.

When he speaks, make sure you hold eye contact and be sure to linger there a little longer than normal.

Your body language will also show this guy that you’re into him and if he responds, it’ll make the asking-out process even easier for you.

As he speaks, lean in close to him, and maybe place your hand on his arm whenever he makes you laugh.

You could even bite your lip slightly when he says something cute. All these mannerisms are ways to show him you’re interested, and it’ll make asking him out feel a lot more natural.

Whether you’re talking one-on-one, or in a group, try and find some things you both enjoy, or things you have in common.

These are things you can use to your advantage when it comes to asking him out. For example, if he likes the same baseball team as you, you can ask him to go watch a game with you.

You may be into the same kind of music, so that’s also an opportunity.

A great way to ask him out is to appear like you aren’t actually asking him out. You may have tickets to see this particular band with your friends, and you could ask him to tag along.

Perhaps you’re going hiking with your friends, and you learned he’s into that too!

Asking him to join in on a group activity takes the pressure off the situation, and gives you the chance to spend some time with him with others around, making it more of a casual experience rather than doing something one-on-one from the get-go.

Practice What To Say Beforehand

If you are a particularly shy person, then it may be worth practicing what you’re going to say beforehand.

Knowing what you are going to say will make it easier to keep it together when your shyness takes over.

You can practice in front of the mirror, or with some friends. They can even practice potential responses, so you’re prepared for anything!

If someone catches your eye while you’re in a club, then you can’t go wrong with simply moving on over to them and dancing close by.

Try catching his eye, and he may just go over to you so you can start chatting. However, it is important to be able to take a hint when it comes to this.

If he’s not showing you any signs that he’s interested, then you should no longer try to get his attention.

As women, it is frustrating when men in the club don’t take a hint, so lead by example, and leave the situation if you aren’t getting anywhere.

You may find yourself interested in a guy you met on a dating site (see also “How To Find Out If Someone Is Registered On A Dating Site For Free“). On these sites, it is very easy to lose someone’s interest, so if you’ve got your eye on someone, you should take the plunge and make the first move.

This is slightly easier than what we’ve talked about so far, as you’re technically hiding behind a screen (see also “How To Know If A Girl Likes You But Is Hiding It“). Nevertheless, you should still be forward and ask them to hang out. The same rules apply here.

Try and find some common interests and go from there, or if you’re really feeling bold, you can simply say “Are we going to hang out sometime, or what?”.

Leave The Next Move Up To Him

If you’ve managed to pluck up the courage and ask him out, leave the rest up to him.

It can be as simple as just letting him know you’d love to hang out sometime, giving him your number, and letting him make the next move.

Once you’ve done this, you can breathe, and wait for him to call. However, it’s important to remember that asking someone out takes a lot of courage, and even if they say no or don’t get in touch, that is no reflection on you.

Asking a guy out isn’t as hard as you may think, and many will appreciate a woman making the first move.

While it sounds intimidating, there are several ways you can approach this that make it less so.

As we’ve mentioned already, finding some common interests is a good way to start, or asking them to tag along next time you do something fun with your friends.

The important thing to remember is to have confidence in yourself. Whether they say yes or no, that does not take away from the fact that you were bold enough to ask them out in the first place! 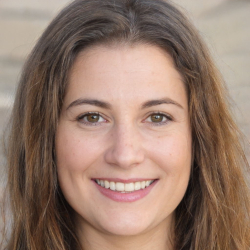